"Arm of Struggle" For No Exploitation, Sweat - Free Products
Click this for go to new website www.tryarm.org คลิกตรงนี้เพื่อไปเวปใหม่ www.tryarm.org 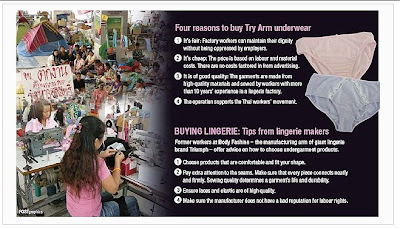 Factory workers made redundant from swimwear and undergarment giant Triumph International are taking on their former employer at his own game.

The workers run a small factory making underwear, which started as a protest gesture but is now an earner in its own right.

They call their brand Try Arm, a name inspired by a drawing given to the workers by a Chulalongkorn student who sympathised with their plight.

She drew women workers, their arms raised, in a gesture symbolising their labour struggle, said Jitra Kotchadej, union adviser to the workers.

When they lost their jobs last year, some of the workers had worked for Triumph for more than 30 years. They say they are still waiting for a decent explanation from the company about why they were laid off.

The workers created the brand last October, two months after they were made redundant by Body Fashion Thailand (BFT), Triumph's manufacturing arm.

The firm laid off 1,959 workers at its factory in Samut Prakan's Bang Phli district in August, citing a "global restructuring programme to deal with the difficult economic conditions".

The redundant workers, mainly women, said the firm failed to tell them their jobs were at risk.

It also refused to pay severance compensation as required by labour laws - allegations denied by the BFT.

The labour union lodged complaints with the company and protested at the Swiss embassy, asking it to look into the affair.

The lingerie firm is based in Switzerland.

After their petitions fell on deaf ears, 500 angry workers broke into the Labour Ministry's compound on Oct 13 and set up camp there. Their protest persists to this day.

The workers turned the ground floor of the Labour Protection and Welfare Department building into a makeshift lingerie factory. They make underwear under the "Try Arm" brand.

The brand name was inspired by the protest, as was the underwear venture itself.

However, customers have quickly taken to the new brand of lingerie, which they can buy for half the price of a pair of cheap underpants by Triumph.

About 50 workers, including designers, sewers and pattern cutters, work at the Try Arm "factory".

"We want to show the world that we are skilled workers and we need a better explanation from the company about why they made us redundant," said Tanyathorn Khiritawornpat, a Try Arm founder.

"Try Arm underwear also proves the point that lingerie giants are raking in huge profits from their products," said the 38-year-old Kanchanaburi native.

"We know the product cost is much lower than the market price, because we can make it for much less."

The BFT's labour union says the production cost of a pair of underpants - which can sell for 1,000-1,200 baht in European countries - is less than 100 baht.

From the first pair of Try Arm panties which was made in late October, more than 3,000 pairs of underpants have now been sold to customers here and overseas. The workers have made almost 500,000 baht.

Customers include labour advocacy groups and the general public who bought the products from BFT union's booths at seminars.

"There were also some walk-in customers, who came to buy Try Arm panties at our mini-factory at the ministry," said Ms Tanyathorn.

The workers make various styles of underpants, which sell for 39, 59, and 69 baht, depending on fabric quality and design.

Each style comes in various colours and sizes, from the smallest size, XS, to the biggest, XXL, which is the best-selling size.

"We select quality materials, including lace and elastic for our products.

"The garments are assembled by the same hands that used to make a world-class lingerie brand," said Vipa Matchachart, 34, another sacked BFT worker who runs the Try Arm project.

High-quality fabric is expensive, but the workers know where to buy it cheaply.

"We bought high-grade fabric that was left over from garment factories," she said.

The panties were originally just a symbol of the workers' fight. Now, they have become an earner in their own right.

"Try Arm panties are proof that good quality panties can be made cheaply without the need for branding costs, or advertising," said union adviser Ms Jitra.

"They also represent a new choice for consumers who want to support fair trade and buy products made by craftspeople who work for themselves," she said. 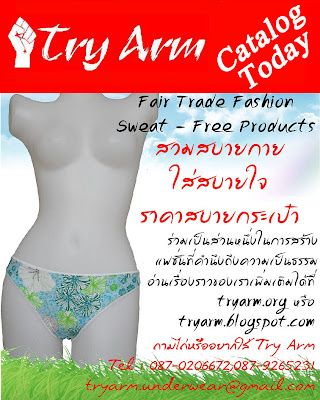 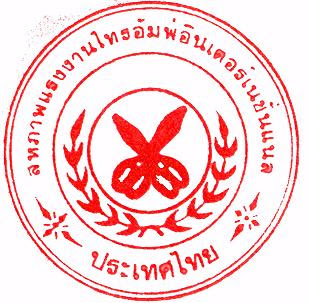 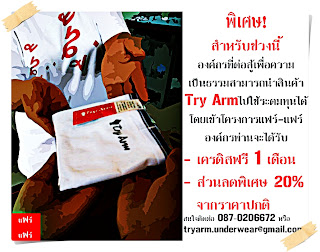 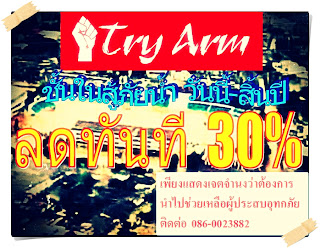 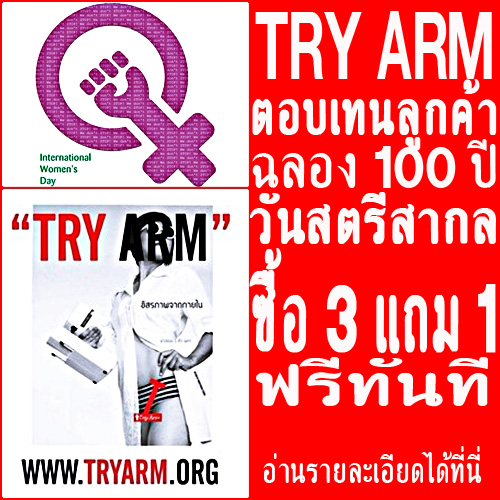